Multiculturalism and the Role of the Church 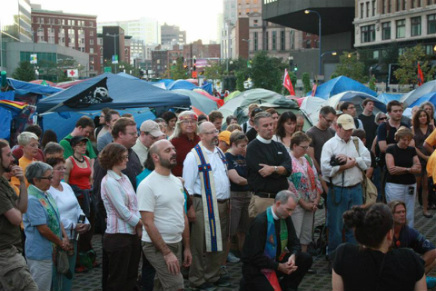 Decades after his death, decades after the civil rights movement ended in this country, decades after desegregation in public schools in the South and decades after busing here in Boston, and four years into the Obama era no less, this Sunday morning phenomenon remains just as true as in the early 1960s. In fact, right around the time Obama was running for president, in 2008, a Pew Forum report came out saying that just seven percent of this country’s churches are considered racially integrated.

In fact, one of Obama’s biggest campaign hurdles was his church. People used this famously influential, liberal Christian, unapologetically black Chicago church to illustrate the ways in which Barack Obama was a black separatist; someone “not like us.”

This notion of Obama as a black separatist as evidenced by his church was more than a little unfair considering 93% of the population of church-going United States of America inhabits separatist churches. The fact is, almost all of us who go to church, go to church with people we perceive to be just like us. This church separatism has created vastly different cultural ways of worship. This separatism and the socio-political reasons behind it have created vastly different theological understandings of God’s word.

We remain so separate from one another on Sunday morning that we don’t even know about the differences in each other’s churches. Most of us haven’t been inside the mono-cultural church of another ethnic group, or even another socioeconomic class. And this lack of knowledge of one another makes a big difference. Rev. Jeremiah Wright, Obama’s extremely influential and brilliant pastor and mentor and liberation theologian, almost cost Obama the election -- so unfamiliar was white America with the ways in which black America worships on Sunday morning. So unfamiliar was white America with the liberation theology of Howard Thurman, Martin Luther King Jr., Jesse Jackson. So unfamiliar was white America with the fiery preaching tradition of the black church —the tradition that interprets God’s word through the lens of the book of Exodus in the Hebrew Bible—God’s command to “Let my people go!” Liberal white religionists-- used to staid, tolerant, don’t-make-waves churches--we were unfamiliar with this tradition as well, so alien it is to our own. We are so separate from one another.

Unfortunately for all of us, Unitarian Universalism has the added problem of being a predominantly white denomination. In 2008, a survey completed by the Unitarian Universalist Association determined that the percentage of people in our congregations who identified as European American or white was 89 percent. The percentage of people who identified as white in the U.S. census was 65.6 percent. In other words, our entire religious tradition as a whole falls far short of reflecting the population of our country in diversity. Therefore, I don’t need to tell you that our churches are classified as part of the 93 percent of American churches that remain predominantly mono-cultural, though we have made strides to change this fact. We are certainly not unique in the goal of wanting to more fully reflect the world we dream about and stumbling on the hill we climb. We are only human and doing our best.

There are many people—people of all races and classes and cultures (and maybe some or all of us if we’re being honest)--who think this mono-cultural church thing is not actually a problem that needs fixing—at least not by way of a culture change. People come to church, after all, to be comforted. To find people who believe the same things, and talk the same way, and worship the same way, and like the same music. People who have the same level of education, who vote for the same guy, people who think the same thing about politics; people who make us feel safe. And this is all powerfully needed, particularly for those of us who have been traditionally marginalized. Churches are perpetuators of mono-cultures by virtue of being ancestral and traditional and ritualistic. The desire to maintain a culture is truly a human desire. It helps us feel organized. Safe. Part of an ancestry.

But. We have a higher calling. We are called not only to maintain a culture, but to shake a culture up; to counter-culture. We don’t just come to church to fulfill our every human desire for safety and comfort. We come to church primarily to risk transformation, so that we might transform the world. And our ancestral theological tradition reminds us of that. Our Unitarian tradition reminds us that we are here because we are created from the same source, and that this source unites us in spiritual sibilinghood. Our Universalist tradition reminds us that we are fated to the same destination—that we return to love and that we cannot return without one another’s help. I want to suggest that to maintain a culture that doesn’t actively and intentionally attempt to change to reflect the world we dream about is failing to live out the church’s mission in the world.

The Reverend Doctor Martin Luther King, Jr. used the term “beloved community” during the civil rights movement to talk about this higher call for humanity.  Behind King’s conception of the beloved community lay his assumption that human existence is social in nature. "The solidarity of the human family" is a phrase he frequently used to express this idea. "We are tied together in the single garment of destiny, caught in an inescapable network of mutuality," he said in one of his addresses. I hear this term "beloved community" a lot in Unitarian Universalist circles. It’s kind of a buzz phrase I got sick of after awhile, actually, in that way that phrases lose their meaning if they are tossed around too much to mean too many different things. I hear UU churches themselves described as “beloved community” a lot -- that it should be our goal to create a beloved community in church. I want to suggest that this should not be our goal at all. We are called to build beloved community out in the world. If we're building a beloved community within our own walls, we are creating a social club, not a church. Our goal in church should be to practice the ethics of beloved community so that we may go out and love the hell out of this world until it resembles Eden once again.

We can start practicing now, with the community we have now, by beginning to tell one another our stories of who we are. Every time you have more than one person in the room, you have diversity. Our job is to make that diversity explicit, and keep drawing our circle wider. If we treat people not just with polite distance but as though we know how much each person we encounter matters—that no matter how foreign, how Republican, how rich, how poor, how different than us, each person matters and is beloved, we will be practicing the ethic of beloved community; the ethic Jesus commanded us to follow when he said to love your neighbor as yourself. This is why we need to keep expanding our community to welcome more racial, economic, gender, and generational identities. We need to expand to include people who are not "like-minded", but are instead "like-hearted", so that we might learn how to destroy the hells in this world with our abundant love.

The church is a training ground for repair of the world. Nothing less. 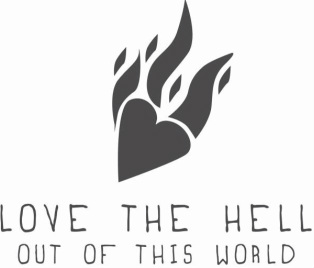